Correct Use Method of Rubber Conveyor Belt for Coal Mine

Slippage of a coal transportation conveyor belt can cause severe wear, which occurs under certain conditions. When the working resistance of the endless conveyor belt reaches the limit of friction, the belt will slip on the contact surface with the equipment, which makes the rubber belt can not operate normally, and it will cause serious wear to the belt body. A large amount of heat will be generated during the process so that the conveyor belt will continue to be damaged under the dual action of wear and heat until it breaks.

In order to ensure the normal operation of the belt conveyor equipment, the mining conveyor belt must meet the following conditions:

1. The tension acting on the conveyor belt should cause the circumferential force on the transmission drum to be transmitted to the belt body through friction, and there must be no slippage between the rubber conveyor belt and the drum; 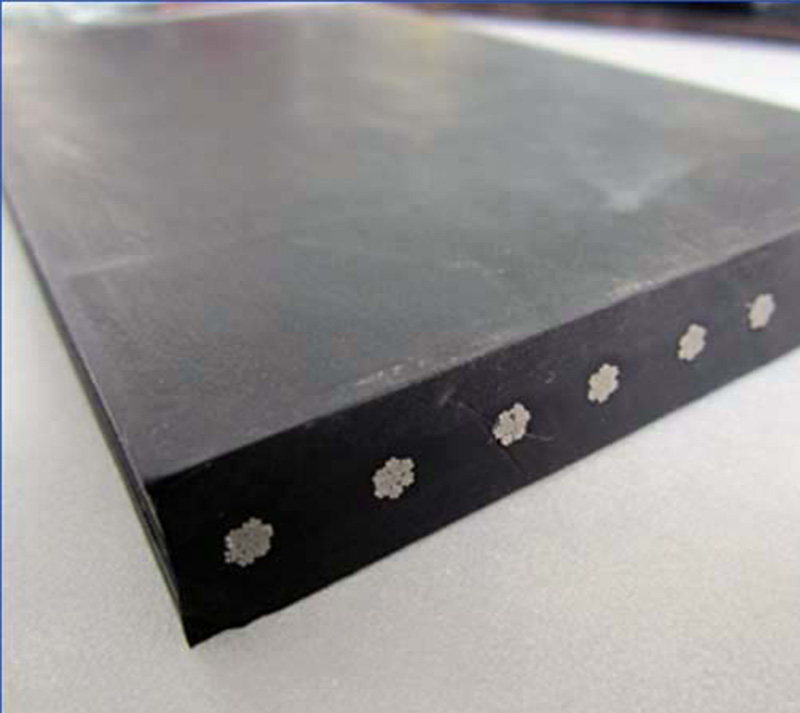 2. The tension acting on the belt should be large enough so that the sag of the mine conveyor belt between the two sets of idlers is less than a certain value;

3. The fatigue damage caused by long-term use is due to the cumulative damage caused by the rubber conveyor belt during continuous work. Due to the working nature of the coal mine conveyor belt, the belt body generally runs for a long time, and the intermittent time is short, so In the production process of coal mines, the fatigue damage of industrial conveyor belts is much larger than in other environments. Due to the entry of coal slag and dust, the friction between the rubber conveyor belt and the surface of mechanical equipment continues to increase, causing the material of the belt to fall off. It causes the material to fall off and accumulate. In addition, due to the continuous changes of the stress during the belt transmission, the internal strength of the material is gradually reduced, and the damage continues to accumulate, which eventually causes a state of fatigue damage;

The above information is provided by the gravity conveyor factory.

Previous: Factors Affecting Impact Resistance of Steel Cord Conveyor Belt(Part 2)
Next: What Are the Common Causes of Damage to Conveyor Equipment?
Back to List
Share: