The endless conveyor belt is widely used in industrial and mining units to transport various materials, and it is indispensable equipment in the beneficiation plant. It is also an important factor for the continuous operation of the belt conveyor line and smooth production.

The fabric conveyor belt factory combined with years of on-site installation experience summarizes several quick repair methods for belts. Various damages that occur during the use of heavy rubber belts, such as various iron slag mixed in ore, may be embedded deeper in the belt if not processed in time, resulting in longitudinal tearing. At this time, repair measures can be implemented after the scratch is damaged. If only rope binding is used, it can only have an emergency effect and short durability. Instead of using traditional thermal vulcanization local repair or conveyor belt joints, then Large-scale vulcanization equipment is required, and it takes eight hours for a single-use, which easily affects the output. To ensure production, multiple rubber conveyor belts have been selected for different damage situations. The latest and fast repair method can be used, and the effect is remarkable. 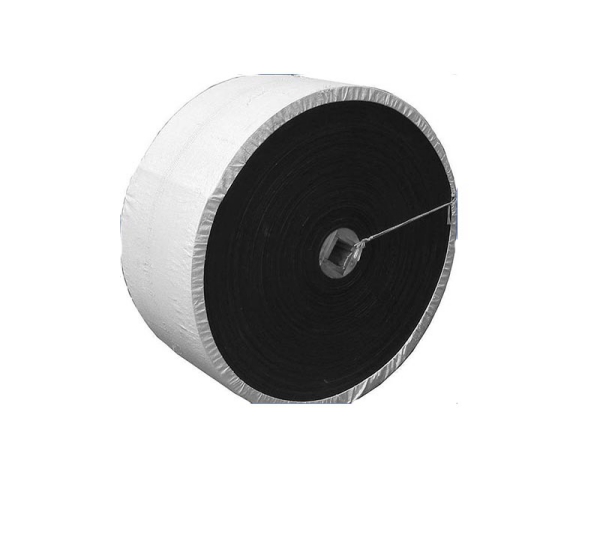 Common damage types and causes: mostly cleaners, damaged roller brackets and other parts of the material block, the belt is running due to rapid wear of the rubber surface due to contact:

Partial penetration leads to damage: rubber conveyor belts usually contain large and sharp materials when they receive ore in the crushing process. Due to insufficient cushioning force, local damage due to large impact force breaking the tape, especially the sharp instruments that are mixed in the material Stuck easily to scratch the belt surface, causing tearing;

Rubber repair fluid is mostly used in beneficiation plants to repair the surface of conveyor belts, through holes, etc., when the local damage diameter is less than one-tenth of the bandwidth, it can be quickly cured into elastomer colloid, with high bonding strength, and it is rarely used for repair on site.

Previous: Basic Knowledge of Conveyor Roller
Next: Correct Use Method of Rubber Conveyor Belt for Coal Mine
Back to List
Share: