Precautions for Tension and Wear on Conveyor Pulley

Conveyor Pulley should be used to check the operation of the engine belt wheel during daily use. If there is an abnormality, it should be replaced, even if the belt is not worn seriously, replace the engine belt wheel. The inspection mainly includes two aspects: belt tension and belt wear. Next, Drive Pulley Factory will explain it to you in detail. 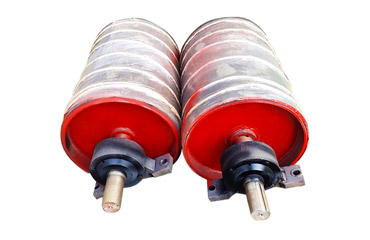 In addition to this, you must also pay attention to the wear of the belt. The old belt is heavily worn, causing a sharp drop in the contact area between the belt and the pulley. At this time, as soon as the belt is pressed hard, the belt sinks deeply into the groove of the pulley. The rubber of the belt also has an aging problem. If the belt rubber is seriously deteriorated, the new belt must be replaced in time.

There are several belts at the front end of the engine, and each belt plays an important role. On the engine, various auxiliary machines are driven by a belt-drive, such as an air conditioner compressor, a power steering oil pump, an alternator, and the like. If the belt breaks or slips, it will cause the associated auxiliary machine to lose its function or degrade its performance, thus affecting normal use. Therefore, the daily inspection of the Drive Pulley for Port is very important.

Previous: Factors Affecting Impact Resistance of Steel Cord Conveyor Belt(Part 2)
Next: Precautions for use of high-temperature Rubber Coated Roller
Back to List
Share: